It looks like you're new here. If you want to get involved, click one of these buttons!

• Developing treatments for smoking and other addictions

• Where are the medical applications?

• Snake oil, or the real deal?

• Subcellular psychobiology is a 'disruptive technology'

• Small peak states conferences?
Did you know… you can get discussions via email? Sign in, click your username up top, and change your 'My Preferences'.
To get email notification of new content, change your preferences settings. Sign in first. Then click on your name. Click on 'Edit profile' on the top right. in the right column now click on 'Notification preference'. Under 'Category Notifications' click on the boxes under the Email heading as you desire.

Snake oil, or the real deal?

Grant McFetridge
May 2016 edited December 2017 in Research blog
When I give talks about subcellular psychobiology, I usually start with a survey of state of the art in my field, and follow up with the new breakthroughs that the Institute has discovered. But reasonably enough, I'm sometimes asked "where's the proof?" (To make this blog more interesting to you, just take a moment and think about this issue yourself - what objections immediately spring to your mind about all of this?)
This is actually a very important question. To help illustrate the answer, I hold an iPhone up in the air, and ask the audience "Are you credulous enough to actually believe that there is something invisible that goes through the air to make your phone work? How can you be so gullible? You can't see it or touch radio waves, so why do you think they are actually there? All engineers know that it is actually the smoke inside the parts that makes them go, because once the smoke comes out, the parts don't work anymore." This usually elicits some grins. But the point is made - how do you actually know? You're been told that this is true, but why do you believe it? 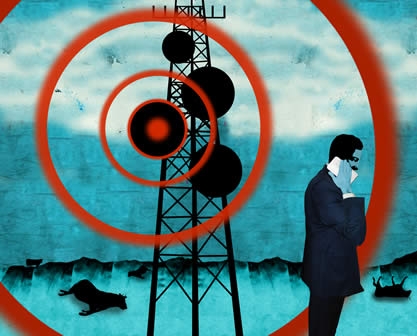 The engineering approach - modeling
Fortunately for our technological society, there is an answer to this question. We make a 'model' (in this case, about 'radio waves') then create something to test the hypothesis. This means that if the stuff we build based on our model actually works - like our iPhone - we can have some confidence that the model is correct. And the more we test the model's implications, the more confident we are about our model is actually correct - even though we cannot feel it or sense it ourselves.

As my original profession was electrical engineering in cutting edge research and development, I have rather an extreme bias towards modeling and testing. Engineers simply don't get paid if the bridge falls down, the car won't start, or the phone doesn't turn on. Too, engineers have an extreme bias towards new developments. Nobody reads books by the 'old engineering masters' as it is all obsolete.

Thus, I automatically started by trying to figure out a model of how psychology, peak states, spirituality and medicine all fit together. My team and I were constantly building models based on our latest discoveries and then thinking up new ways to test them. Most were quickly rejected, simply because they were incorrect extrapolations from inadequate data. We made many important discoveries over the decades, but 2002 was the breakthrough year - we discovered the primary cell. Quickly our previous observations and experimental data all fell into place.

Over the last decade, we've slowly explored this huge new field of biology. More importantly, we've developed new techniques based on this model, ones that actually worked as predicted. Since then, we've continued to make new discoveries to fill out this huge new psychobiological model. But really, the actual proof is in the working applications we've created.


The real proof is in the 'pay for results'

"Aha!", you say. "But where's the evidence that anything worked? Where are the double blind studies? How about the journal articles you've published?"

"Fortunately, we don't need those things you mentioned", we reply. "We have something better. It is called 'pay for results'."

The reality is that all those things people assume prove legitimacy are nice (albeit often without proving anything), but they also take a ton of time, money, and staff. We are unpaid volunteers already overloaded exploring this gigantic new field that nobody would believe in anyway. Heck, it took us years to believe in it ourselves and we developed it!

Years ago, from my perspective as the director of research, there were two relevant problems I needed to solve. One was ethical - it is unjust and unfair to to charge people for our failures. The other was practical - how do we get good feedback from our clients so we can improve our techniques? So again we turned to the engineering field. Their bottom line - new products have to work. And not just sort of, kind of, or maybe.

Thus, the answer is to actually write out an agreement with clients on what is to be accomplished, with measurable criteria. Then they pay if you succeed, and it is free if you don't. Although unheard of in psychology or medicine, it is standard practice in almost all other fields - even your corner grocer uses it. Thus, we get paid for success, and don't get paid for failure. Simple.

Sadly, this is so far outside some people's experience that they simply don't get it. All I can guess is that they don't understand the reality of developing something bran new. Or perhaps they equate pay for results with some sort of fraudulent guarantee. Unfortunately, there is not much I can say to this, so I wish them well and move forward with people who do understand.

(Incidentally, if you are interested we actually have published textbooks about our discoveries, but they were not written to try and prove anything, just to let people know what we've discovered. And truth be told, when I finally return to academia, I do plan on submitting a bunch of papers and articles - but for now, all our time is spent on actually making new breakthroughs and products that actually work.)


Other reasons for denial
Based on the experience from other breakthroughs in science, there are many reasons why people can't accept something completely new. Max Planck, the Nobel winner who developed quantum theory once famously said "A new scientific truth does not triumph by convincing its opponents and making them see the light, but rather because its opponents eventually die, and a new generation grows up that is familiar with it." Let's hope we don't have to wait that long!

Below are just a few of the reasons people have for automatically rejecting our work:

Lack of a specialized background: the introductory concepts that I cover in talks are not familiar to most non-professionals, yet they are common knowledge in various sub-disciplines of psychology. Yes, a person can regress to birth, womb, sperm or egg; that prenatal trauma exists and can be healed; and so on. These are all topics you can find in the internet or go to any school library and read up on if you are curious. True, they are outside of some people's belief systems, but are still real.

A hyped marketplace: we are all flooded daily by spam promoting all sorts of fraudulent products. How can you tell is something is real? Fortunately, charging for results addresses that problem.

"My doctor (spiritual teacher, friend, religion) says that can't be true": unfortunately, there is not much one can say to this. And really, this viewpoint is not necessarily a bad thing. A society needs people to conserve existing structures and beliefs, in the same way a species needs variations for those times when the world changes.

"I don't want to give my friend/ loved one false hope": this one is really sad, because it makes people block help that their friends and loved ones might otherwise get. True, the patient may not get help, but at least they won't loose any money if it fails - and it might work!

A new, limited technology: this last item is a very legitimate problem. In any new technology, not only will it have problems but it won't do everything one could wish it would. The first iPhone simply doesn't do as much as the iPhone 6s. This is just the nature of technology, but over time, any new technology improves. The question is, can it do what you need it to do now?
From the desk of the research director,
Dr. Grant McFetridge
May 5, 2016
References:
("Snake oil" is a North American idiomatic expression that means 'a substance with no real medicinal value but sold as a remedy for all diseases'.)
Sign In or Register to comment.
Powered by Vanilla